This is a cool PCS feature, but let's look at who can track what and
who can alter process flow and resume.

Here is my demo process - 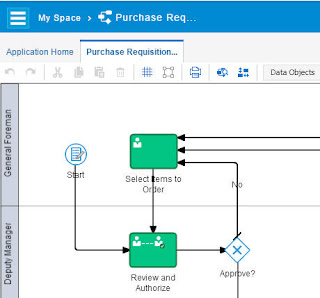 In this scenario I have the following roles/users. 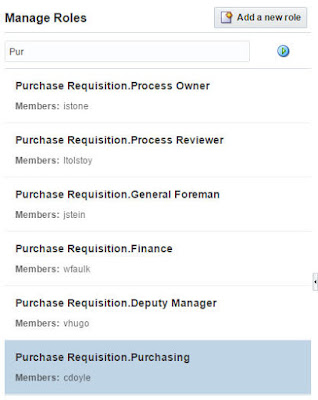 Now the flow is simple -

1. jstein enters a purchase requisition, kicking off the process.
2. vhugo does the first level approval.


jstein forgets to enter the booking start date - this will raise an error.

Initiator (jstein) does some Tracking -

He sees the instance has been suspended.

He drills down to the details - 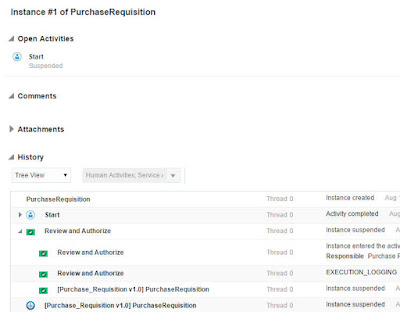 He sees the instance has been suspended, but not why.

The Approver (vhugo) does some Tracking -

He sees nothing, nada, nichts!

The Process Owner (istone) does some Tracking -

On logging in, he sees -

There is our suspended instance -

He clicks on Tracking -

He opens the instance - 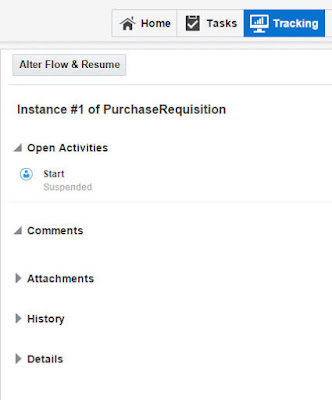 He sees the error message - 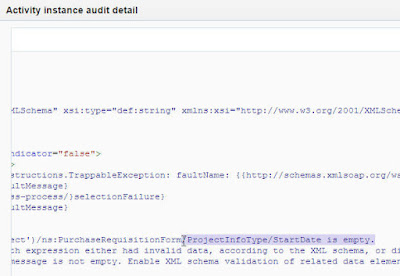 and naturally can take corrective action.

The PCS Admin (weblogic) does some Tracking -

and sees the same as the process owner - 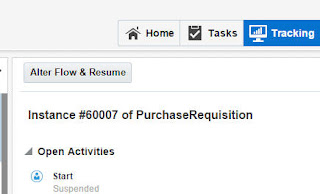 Back to istone, he logs in and corrects the error and the process resumes - 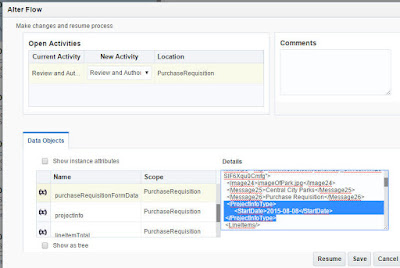 Posted by Niall Commiskey at 8:12 AM 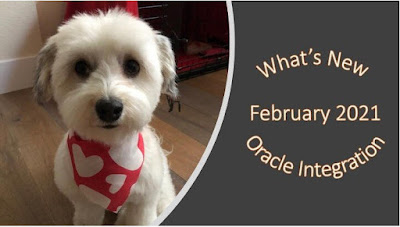