I add a new service task to the process from the previous post.

As worthy of a draft, the icon of the new activity is greyed.

According to the docs -

"A flow object marked as Draft means the object has a default implementation where
data object values can be set. A Draft flow object is indicated in a process by a gray icon in place of its default color icon.

Flow objects marked as Draft are considered to be unimplemented. However a process
that contains Draft flow objects can still be deployed, but a warning will be issued.
Only events and activities can be marked as Draft. Events and activities that already
have implementations defined can also be marked as Draft. Existing data associations,
however, will be removed in the implementation when you change the Draft status.
Data objects in a Draft flow object can be initialized using custom assignments in the Data Associations dialog, but implementation arguments are not available in the
dialog."

Now back to the scenario, in this process I need to call an external billing system.
Currently I do not have access to it but I have the relevant input/output xsds. So all I now need to do is to configure a default output mapping for the billing service. My algorithm is simple unitPrice * quantity * 2. Talk about markup! 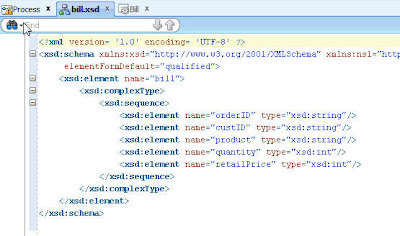 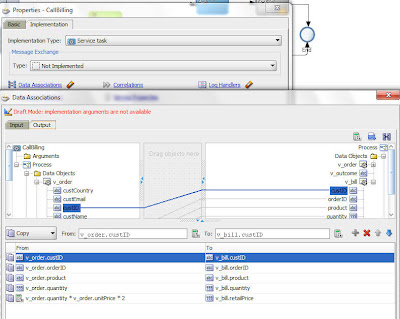 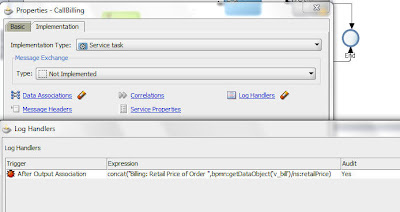 I log in as jcooper and approve the order

Check out the audit trail 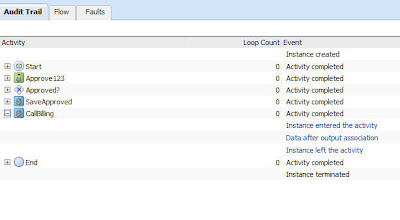 Posted by Niall Commiskey at 11:34 PM 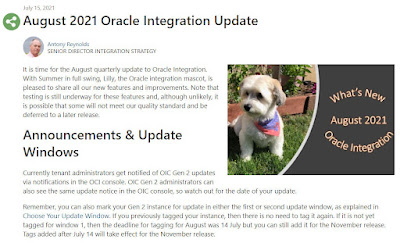